Lately I have been looking into race condition bugs affecting websites/web-applications. Here is a good resource to learn about them - includes theory, vulnerable code, proof of concept code and ways to fix. I highly recommend you read it:
https://defuse.ca/race-conditions-in-web-applications.htm

Below are couple of my reports ranging from benign to pretty high severity.

Some Facebook pages have a review system, where you can rate the page 1-5 stars and add textual description. Each user is allowed to rate only once, and you can edit or delete your review later. Using race conditions you could rate a page multiple times, then delete one of your reviews, and then rate again. This allowed me to inflate or deflate ratings of any page. Here is my report to Facebook, slightly edited:

I believe this was one of first race condition bugs reported to Facebook, as I found no other write-ups online, and this is what Facebook's team told me:


"Out of curiosity, has anyone reported any similar bugs to this one - some kind of race condition? " - not recently. In the past they may have, but I cannot tell for sure.

This bug was fixed, but a bounty was not awarded. Here is the original reply from Facebook:


The issue you describe is not a security issue. Reporting this issue is not eligible for a bug-bounty. However, we have made changes to the codebase and the issue should no longer be present.

There are some more minor bugs that I have found, but none of them have a real security impact, so I did not report them.

I have one more race condition bug reported to Facebook, but Facebook team had trouble reproducing it. I will edit the write-up when/if it gets fixed.

This was a fun one. Basically, I reused one promo code multiple times using race conditions.
Here is the report:

At the time of report I did not have a $100 promo code from GitHub's education pack, but I believe it would get redeemed multiple times, too.

I did not get a separate bounty for this report, but DigitalOcean team let me keep my test accounts with ~550$ total. Here is a screenshot from one of accounts where codes have been redeemed multiple times. Unfortunately, I lost email for this account... 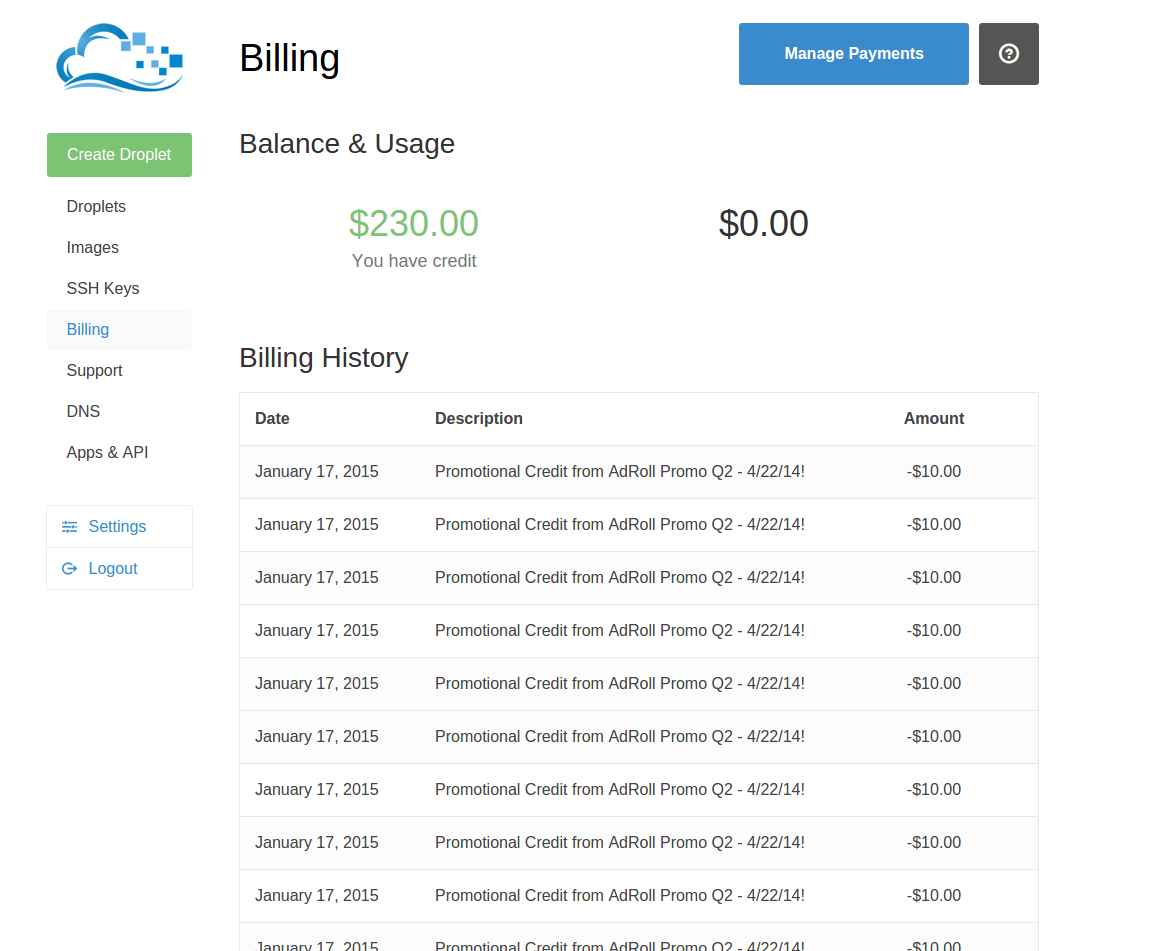 Similar promo code race conditions were reported to many other companies, with LastPass team being fastest to fix the issue - it only took them 3 days. They have also let me keep the premium time on my account, and confirmed no-one abused the bug prior to my report.

I'd like to thank Facebook, DigitalOcean and LastPass security teams for being responsive to my reports, and rewarding me for them!

Giant thanks to Team Tasteless, too. Check out their web hacking challenges, you might learn a lot there. I sure did :-)

Join the discussion on /r/netsec or HackerNews!
Posted by Josip Franjković at 02:11